Ready for the e-mobility revolution, also in Italy 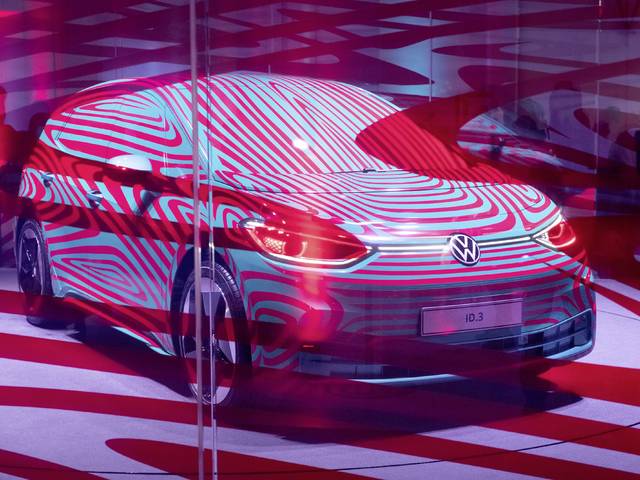 In an interview with the magazine Prima Comunicazione, Massimo Nordio, CEO of Volkswagen Group Italia, talks about the Group’s goals and prospects in terms of electric mobility.

The key to the revolution lies in decoding the acronym ID.3. The 'I' stands for Intelligent, 'D' for design, and the 3 has a dual meaning, standing both for the compact car segment – better known as A-segment in Europe – and an allusion to the beginning of the third chapter in the company’s history, after the Beetle and the Golf: that of the electric Volkswagen. “Electric cars for millions of people, not just for millionaires,” in the words of Massimo Nordio, CEO of Volkswagen Group Italia.

The automotive heavy hitter from Wolfsburg, Germany, healed its wounds after the Dieselgate scandal, and is embarking in the biggest production and market challenge in its history. It will be a major breakthrough involving all the Group’s mass market brands, and by 2025 should lead to the sale of one million electric vehicles from the Volkswagen Group, with the last ICE vehicle (petrol or diesel) rolling off the line in 2040. It is a global challenge and turning point, which will see all the main players in the automotive industry competing and forming alliances, such as the upcoming merger between the FCA and Renault, which will create the third largest car manufacturer in the world, or even the largest, if Nissan and Mitsubishi agree to participate in.

In order to face this huge turnaround, the Germans have deployed enormous resources – two billion Euro just for the new battery plant in Salzgitter and for the multibrand factory in Zwickau – and set in motion a sort of cultural revolution starting out from a change in the corporate mindset, which touches everyone from the management down, aiming to convey the spirit of the electric revolution to the customers, the markets and the institutions. In Germany, the conversion to electric has been shared and digested, to different extents, by all the main players (Daimler, BMW and Ford as well as Volkswagen), but it is at Volkswagen that the scale of effort is the most visible and impressive. By 2020 Volkswagen aims to sell in Italy a few thousand units of the ID.3 and ID.Crozz, the first two available models of the new generation. What is unknown is the reaction of the Italian market which is in decline overall, but the biggest challenge will be overcoming the scepticism towards electric cars that still exists. . Sales of plug-in vehicles are still low in Italy, despite government incentives: in March of this year, sales were barely more than 500, just 0.32% of the market. But Volkswagen Group Italia’s CEO Massimo Nordio and Volkswagen Italia’s Marketing Director, Fabio Di Giuseppe, show optimism – and above all, a lot of patience. Volkswagen is currently investing more than anyone else in converting to electric propulsion. How much did Dieselgate play into this choice?

M. Nordio - I’d like to debunk this idea/shatter this belief. We’re not building up e-mobility so people will forgive us for Dieselgate. The Group has been working on the transition to the electric mobility since 2015, before that crisis blew up. Let’s say that Dieselgate accelerated a process that had already begun and would have happen in any case. We are such a solid company, with the resources to absorb even the heavy fines due to Dieselgate, to the point that we have increased our investments for the transition to electric. When we announce that we’re spending a billion Euros to build plant for battery cells, there can’t be any doubts as to the conviction we have about the turn. And obviously, from the Italian point of view, this can only be good news for us.

Don’t you think that the scepticism towards electric vehicles, at least in Italy, is due largely to worries about a charging network which is still nowhere near sufficient? I can buy myself the most innovative, cleanest and most efficient car in the world, but if I can’t set off for the weekend without the worry of ending up on the side of the road with low batteries, what am I going to do with it?

M. Nordio - I think that these kinds of worries are overrated. Sure, if I’ve got an electric car with a ten-mile range, I’m going to need a charging point on every corner. But things are no longer like that. The new generation of electric cars is going to have the same range as a petrol-engined car. Our ID. range is created like that. And it’s only going to get better.

The ID.3 is the first vehicle VW is manufacturing on our dedicated platform, the MEB. It’s not a traditional car that has been adapted to electric drive. You will clearly see the difference: the ID.3 will have much more interior space than a Golf, because it does not have the engine. The project has focuses on the three key factors in this revolution: range, charging time and price. And the infrastructure is adapting to it. There is Enel X has been doing, which I think has reached 10,000 charging points across the country, and then there are consortia such as Ionity, which we are a part of. For the ID.3 pre-launch campaign, you produced a series of shorts uploaded to YouTube showing young people talking about themselves and their inspirations. And very little, if anything, about the car. Why?

F. Di Giuseppe - A change in our communication strategy. For the new ID.3, we chose to put the customer, the people, their lifestyles and their harmony with the electric revolution in the foreground. It is a very clean advertising campaign. It is like saying: this car has been designed and built with you in mind.

To what extent does the cultural factor come into play in this identity change of the car and its use?

M. Nordio  - Significantly. But we are the first who need to be ready for the new mindset imposed by the electric revolution. It is a paradigm change that affects the company’s organisation and our marketing policy. The concepts of sales and service will also change. We are becoming a supplier of mobility services and we have to master the process. For example in the sharing mobility that will continue to develop and will become one of the most commonly used ways of moving in urban areas.

F. Di Giuseppe - The change of mentality in communication is clear: usually, a new car is launched firstly and then the advertising campaign begins. For the ID.3 it has been the opposite. Two years ago we set up MoDo, a site on innovation in electric mobility and autonomous driving. This site led to the creation of ID.Hub online,  where you can find answers to all questions about the product and the electric mobility, already in operation long before the vehicle is available to the public.

Isn’t that a job that others should also be doing? Like institutions and those involved in energy production and distribution?

M. Nordio - We have partnerships with providers. With Enel X, in particular. And with institutions such as the City of Verona, which is where we’re based. They are experimenting with chargers on lamp posts – and with great success. Still in Verona, we’re giving away a home charging point to anyone purchasing an electric vehicle, of any brand. We are one of the founding members of MOTUS-E, an association that brings together industry, universities and research institutions, insurance companies and energy suppliers in order to promote e-mobility. Each country is different and I can’t pretend that the situation in Italy is the easiest. But we’re working on it from all angles and we’ll continue to do so. We’re not demanding that tomorrow everybody will switch to electric cars. But we do believe that this switch is irreversible.

There is also the matter of prepare the system for home charging points. In theory, these new electric cars will predominantly be charged in residential garages, backyards and in company parking areas.

F. Di Giuseppe - That’s why we created the brand called Elli – that means Electric Life –, a service offering rates and charging points for private infrastructure. There will also be the possibility that cars could work as energy storage reservoirs when plugged in, in order to feed the grid if necessary. Elli will only sell energy from 100% renewable sources.

What are your goals for Italy?

F. Di Giuseppe - The main goal is to achieve 10% market share for all vehicles based on the MEB platform in the 2010-25 period. The board has set the goal of a million electric cars in 2025. We’re expecting to sell a few thousand ID.3s in Italy in 2020. Naturally, in the meantime, we’re also continuing with our range of traditional propulsion cars. The new Golf 8 will soon be launched with a range of major innovations. For example, there will be a mild hybrid version with a 48 volt battery to lower fuel consumption and emissions.

Isn’t it a little contradictory to maintain two product lines? Customers might come to the conclusion that you don’t really believe that e-mobility is the future. At this point it is might be better to opt for the reliable old Golf.

F. Di Giuseppe - We obviously still want to sell plenty of Polos, Golfs and Passats, but the underlying choice has been made. The board of the Volkswagen Group has announced that by 2050 we will be CO2 neutral, both in terms of our products and of our production cycles. This means that we will be producing our last vehicle powered by a petrol, diesel or gas internal-combustion engine in 2040. The route has been set, we can’t turn back. 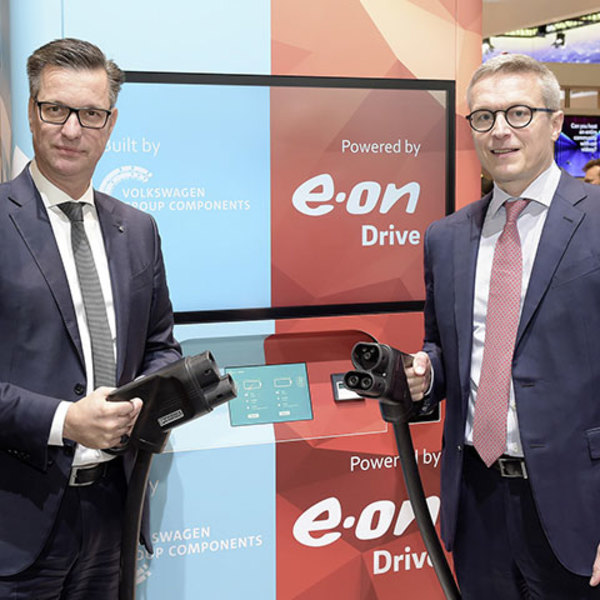 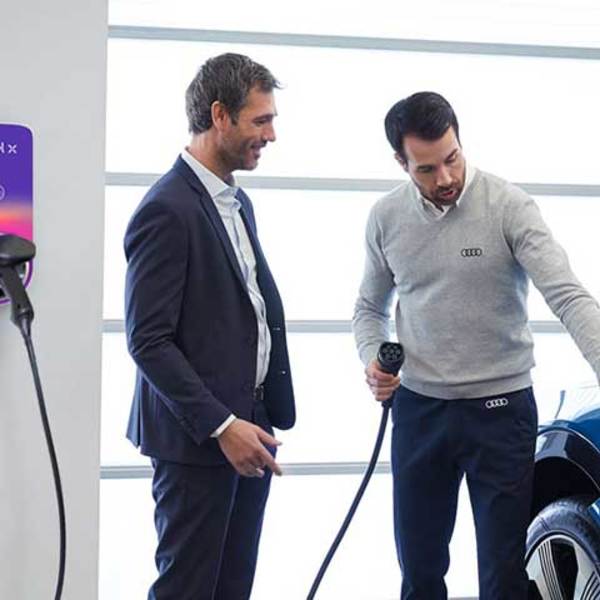 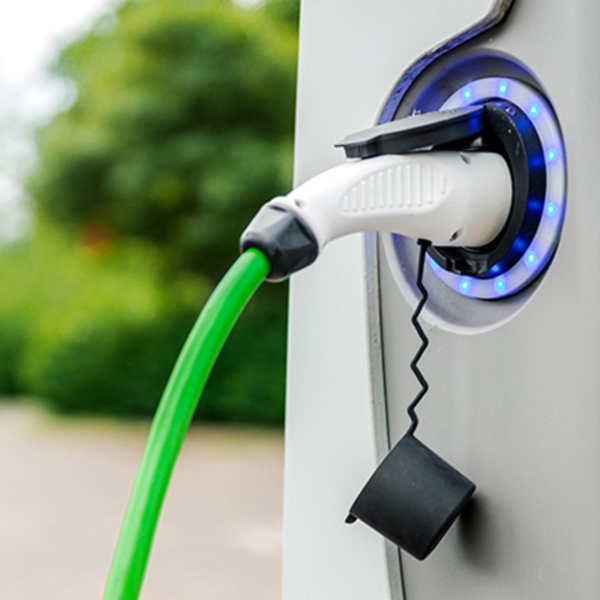 Charging your car at home: a practical guide for e-drivers

Charging your car at home: a practical guide for e-drivers