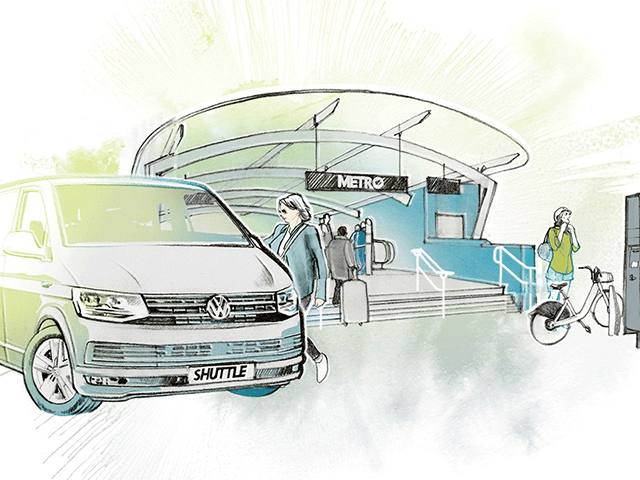 Self-driving cars, electric drives, and mobility services: these are the new business areas of the automotive industry. And the Volkswagen Group is determined to be one of the front-runners.

With a soft whir, the electric shuttle comes to a stop at the curb. Marie puts away the smartphone that she just used two minutes ago to order the self-driving car. She leaves the virtual stop, crosses the bicycle and e-scooter lanes and gets in the car. The big screen in front of her, which has linked automatically to her smartphone, tells her the ride “has just been charged to your credit card”. Right after that, her smartphone vibrates again with a notification from the supermarket where she’d placed an order earlier: the delivery drone will drop her purchases off at her door in Berlin at precisely the time she arrives there on the shuttle. Particularly in the cities, more and more young people are choosing not to buy their own car. This is a break from past trends. For this reason, while in 2015 car sharing, car pooling and ride hailing accounted for barely four percent of all miles driven, according to a study commissioned by the US bank Morgan Stanley, by the year 2030 this portion could increase to a quarter of all driving worldwide. “In the more mature markets of the West – and in the densely populated regions of the world at large – it’s becoming increasingly more important to sell customized, integrated mobility solutions than cars”, says Yves Leterme, former Prime Minister of Belgium and member of the Volkswagen Sustainability Council.

In the future, we’ll be using apps to order shuttles and taxis ... with or without a driver.

An ecosystem for self-driving vehicles

The MOIA shuttles are part of a mobility partnership between Volkswagen and the city of Hamburg, which is intended to make transit safer, cleaner, more efficient, and less noisy. Within the next ten years, as those involved hope and plan for, we’re going to see shuttles (and private cars) that drive through the city autonomously with no need for a driver. The German Federal Ministry of Transportation has already approved test tracks for driverless cars. At the Geneva Motor Show in March 2017, Volkswagen introduced one of its first prototypes. The SEDRIC (short for “self-driving car”) concept has no steering wheel and no pedals. It looks like a cuddly cartoon character on the outside and a lounge on the inside. Potential buyers of SEDRIC range from transit authorities and private companies, right through to individual consumers. The cars aren’t enough by themselves, though. “Autonomous vehicles need their own ecosystem,” says Mario Rautenberg, Director of M&A and Business Development at Gett, an Israeli on-demand mobility company and the largest European app-based mobility provider. Rautenberg cites a survey by the Roland Berger consultancy published in April 2017, which was conducted in ten countries, including Germany, the US, and China. Forty-six percent of the respondents said they would get rid of their cars if they had the option of taking a low-fare robotaxi instead. “And this number is going to rise; at some point, it won’t make sense any more to have your own car in the city”. Another study, this one by Berylls Strategy Advisor, found that 200,000 of the 700,000 cars registered in Munich could be replaced with just 18,000 robotaxis. 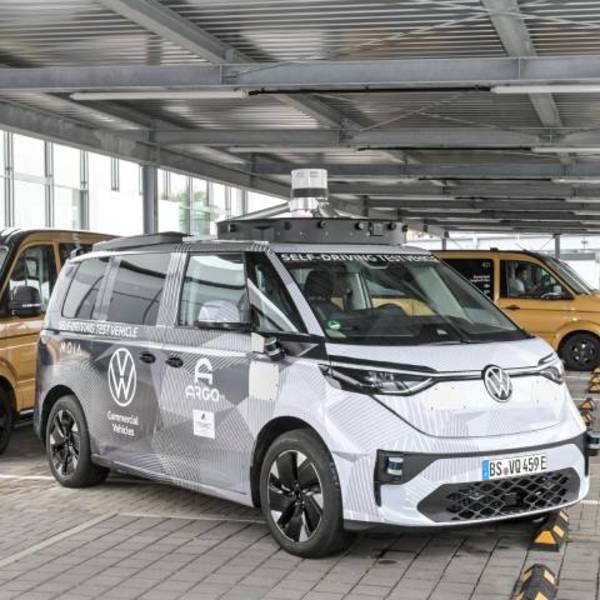 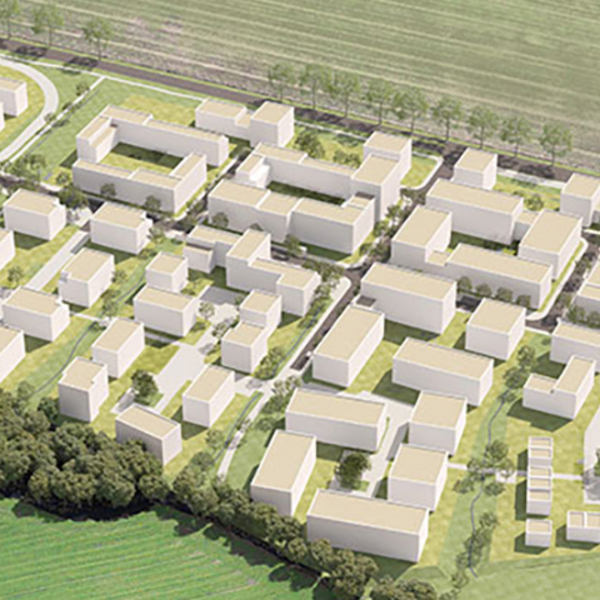 The future of mobility right at your doorstep - in Steimker gardens 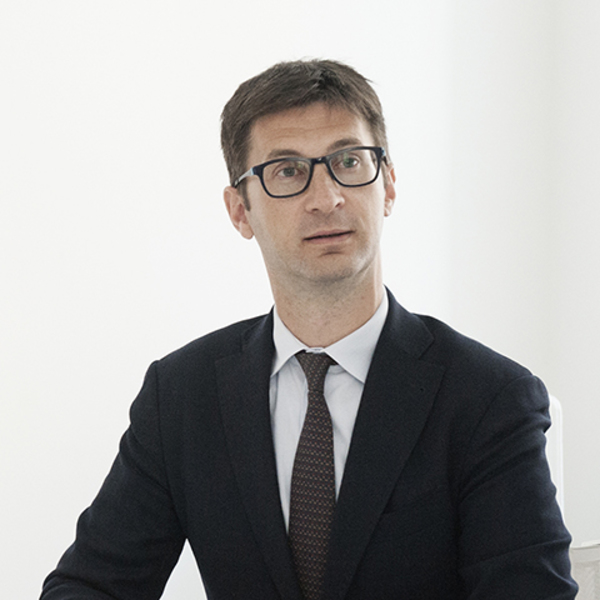 Preparing for a new mobility: the mission of the Future Mobility Manager

The future of mobility right at your doorstep - in Steimker gardens

Preparing for a new mobility: the mission of the Future Mobility Manager